In scenarios where the FortiGate is sandwiched between load-balancers and SSL processing is offloaded on the external load-balancers, the FortiGate can perform scanning on the unencrypted traffic by specifying the ssl-offloaded option in firewall profile-protocol-options. This option is supported in proxy and flow mode (previous versions only supported proxy mode).

If the FortiGate receives an AUTH TLS, PBSZ, or PROT command before receiving plain text traffic from a decrypted device, by default, it will expect encrypted traffic, determine that the traffic belongs to an abnormal protocol, and bypass the traffic.

When the ssl-offloaded command is enabled, the AUTH TLS command is ignored, and the traffic is treated as plain text rather than encrypted data. SSL decryption and encryption are performed by the external device. 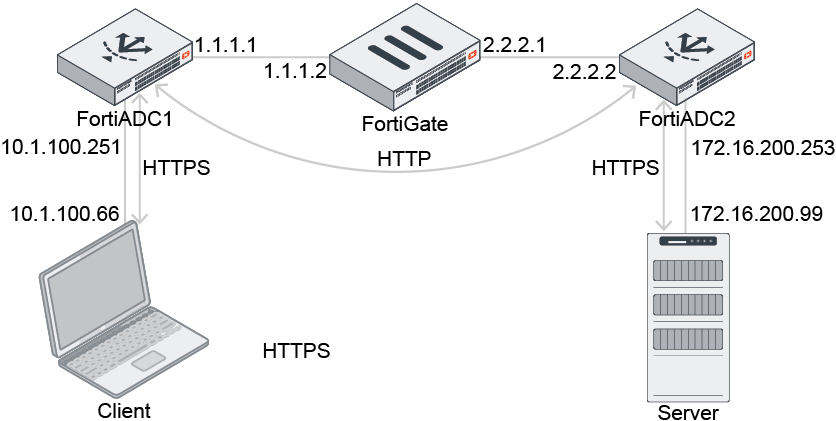 The FortiGate's incoming and outgoing port captures show that HTTP traffic passes through the FortiGate: