This is a sample configuration of site-to-site IPsec VPN that allows access to the remote endpoint via SSL VPN.

This example uses a pre-existing user group, a tunnel mode SSL VPN with split tunneling, and a route-based IPsec VPN between two FortiGates. All sessions must start from the SSL VPN interface.

If you want sessions to start from the FGT_2 subnet, you need more policies. Also, if the remote subnet is beyond FGT_2 (if there are multiple hops), you need to include the SSL VPN subnet in those routers as well. 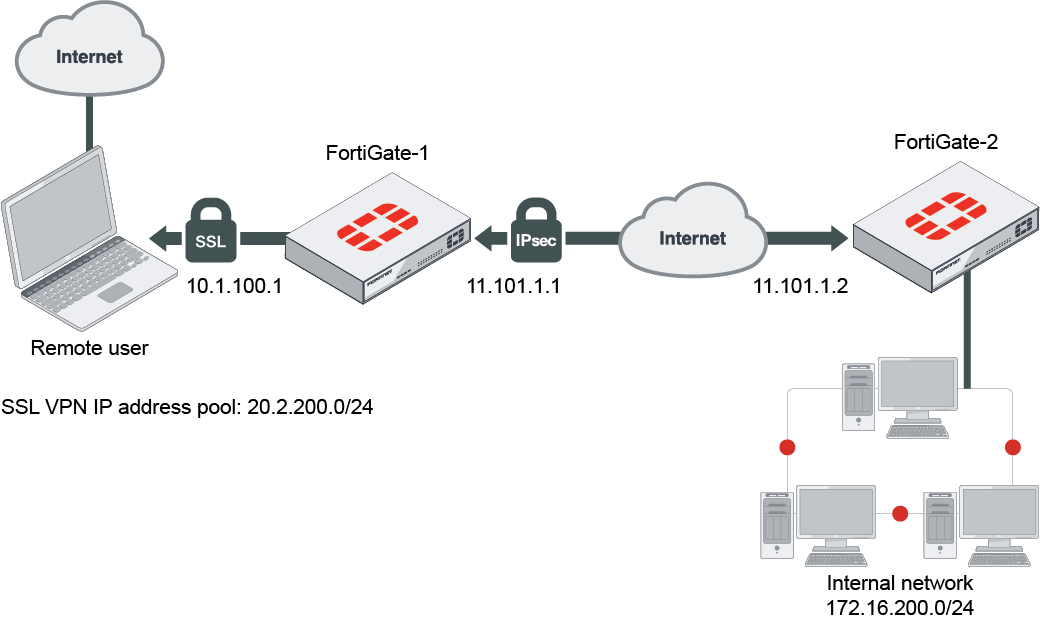 To configure the site-to-site IPsec VPN on FGT_1: