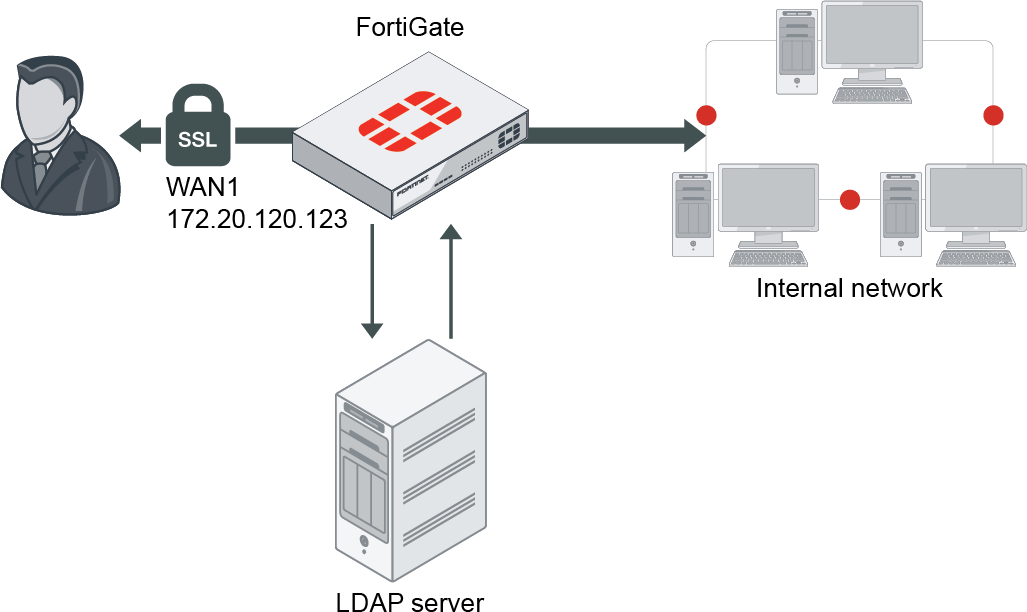 WAN interface is the interface connected to ISP. This example shows static mode. You can also use DHCP or PPPoE mode. The SSL VPN connection is established over the WAN interface.