This section explains how to specify the source and destination IP addresses of traffic transmitted through an IPsec VPN, and how to define appropriate security policies. 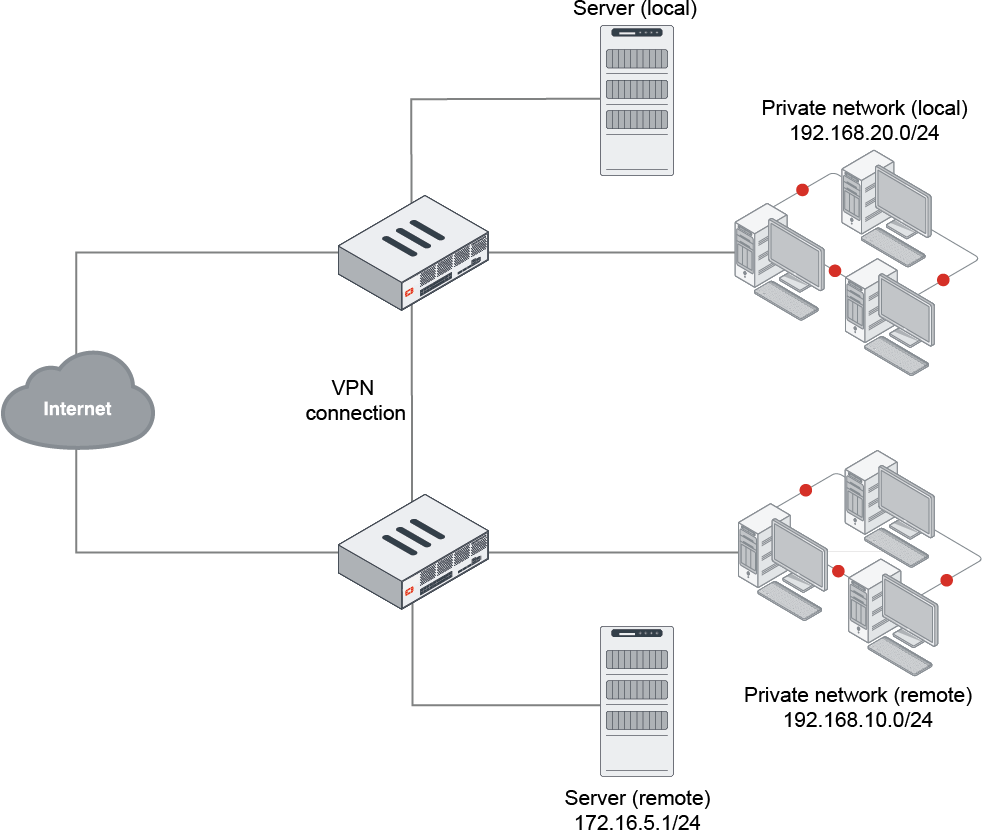 For a FortiGate dialup server in a dialup-client or internet-browsing configuration, the source IP should reflect the IP addresses of the dialup clients:

An IPsec policy enables the transmission and reception of encrypted packets, specifies the permitted direction of VPN traffic, and selects the VPN tunnel. In most cases, a single policy is needed to control both inbound and outbound IP traffic through a VPN tunnel. For a detailed example, see Policy-based IPsec tunnel. Be aware of the following before creating an IPsec policy.

Allow traffic to be initiated from the remote site

Policies specify which IP addresses can initiate a tunnel. By defaul