Virtual Local Area Networks (VLANs) multiply the capabilities of your FortiGate unit and can also provide added network security. VLANs use ID tags to logically separate devices on a network into smaller broadcast domains. These smaller domains forward packets only to devices that are part of that VLAN domain. This reduces traffic and increases network security.

In this example, two different internal VLAN networks share one interface on the FortiGate unit and share the connection to the Internet. This example shows that two networks can have separate traffic streams while sharing a single interface. This configuration can apply to two departments in a single company or to different companies.

When the VLAN switch receives packets from VLAN_100 and VLAN_200, it applies VLAN ID tags and forwards the packets of each VLAN both to local ports and to the FortiGate unit across the trunk link. The FortiGate unit has policies that allow traffic to flow between the VLANs, and from the VLANs to the external network. 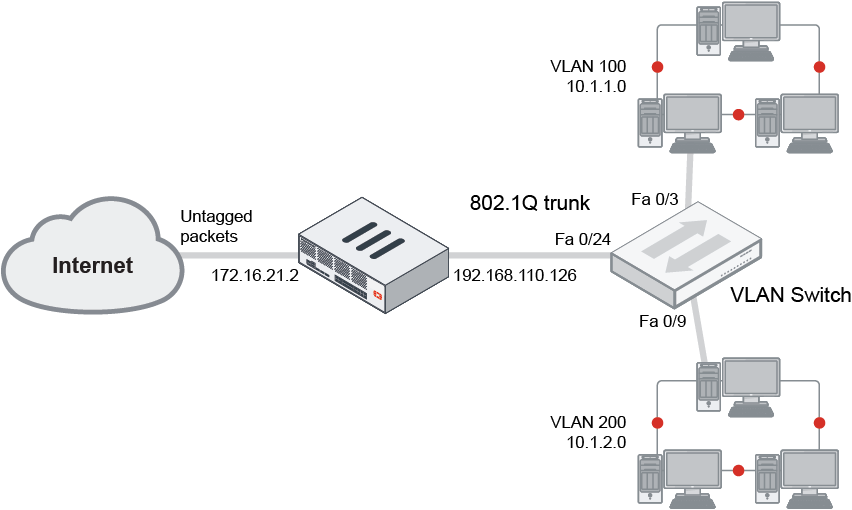 In this example, both the FortiGate unit and the Cisco 2950 switch are installed and connected and basic configuration has been completed. On the switch, you need access to the CLI to enter commands. No VDOMs are enabled in this example.

To configure the external interface:<a