A FortiGate with two interfaces connected to the internet can be configured to support redundant VPNs to the same remote peer. Four distinct paths are possible for VPN traffic from end to end. If the primary connection fails, the FortiGate can establish a VPN using the other connection. 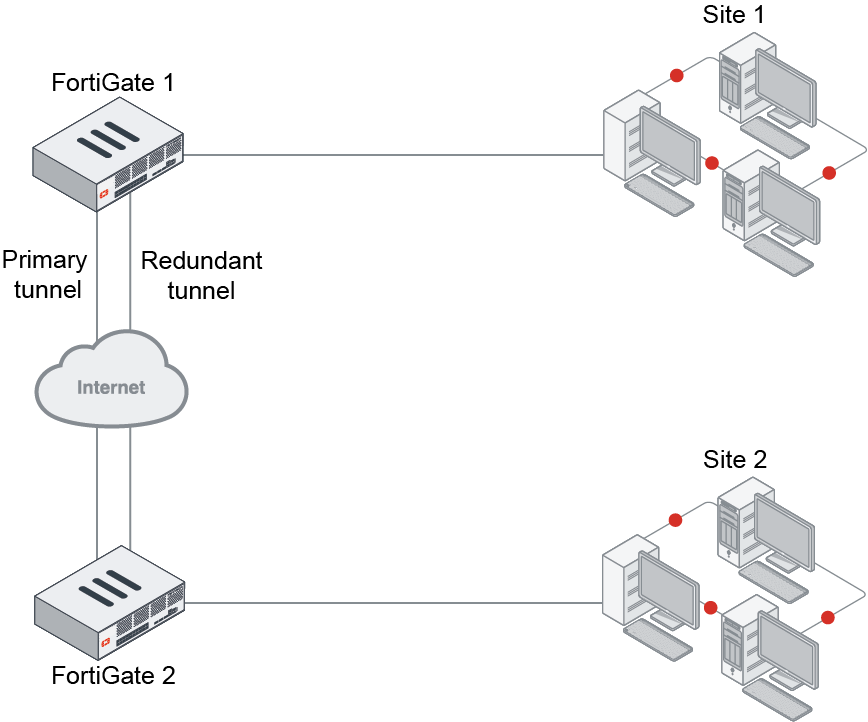 The redundant configuration in this example uses route-based VPNs. The FortiGates must operate in NAT mode and use auto-keying.

A redundant configuration for each VPN peer includes:

To configure the phase 1 and phase 2 VPN settings: