In this example, a medium-sized network is configured using RIPv2. 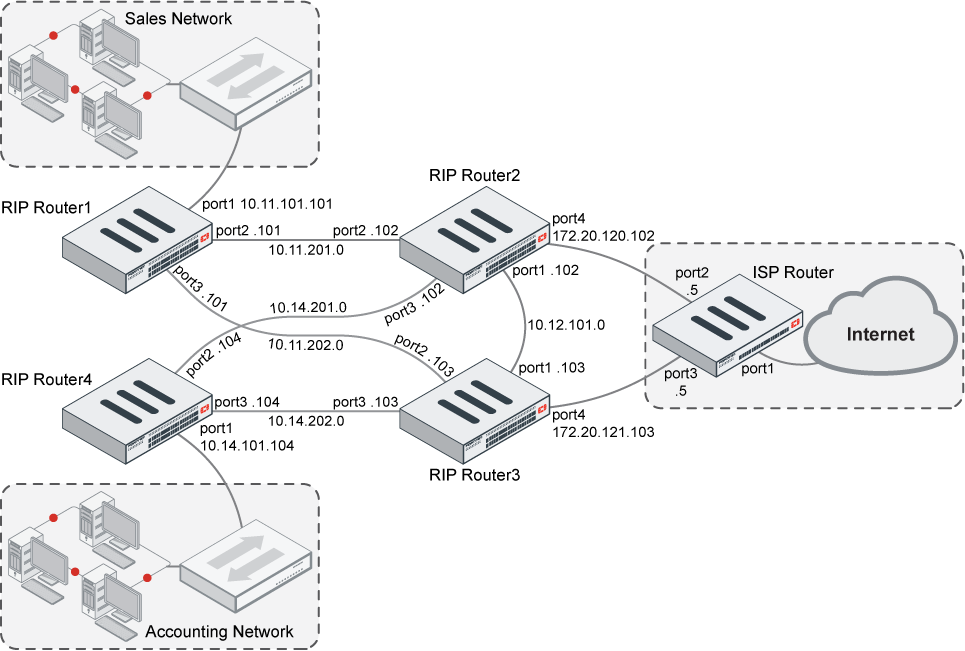 All of the FortiGate routers are configured as shown, using netmask 255.255.255.0. Firewall policies have been configured to allow the required traffic to flow across the interfaces.

After configuring each router, you can check the status of the connections by viewing the RIP database, RIP interfaces, and routing table. See Verifying the configuration.

After the network is configured, you can test it to ensure that when network events occur, such as a downed link, routing updates are triggered and converge as expected. See Testing the configuration and routing changes.

To configure the ISP Router in the GUI: